It is not enough that a safety sign can be seen. It is essential that each sign is quickly understood and that an installation of signs quickly and clearly conveys their intention and continues to confirm the message.
At BLE we offer the following legend options across our range of Emergency Exit Signs, ensuring a suitable solution for new premises and retrofit applications. 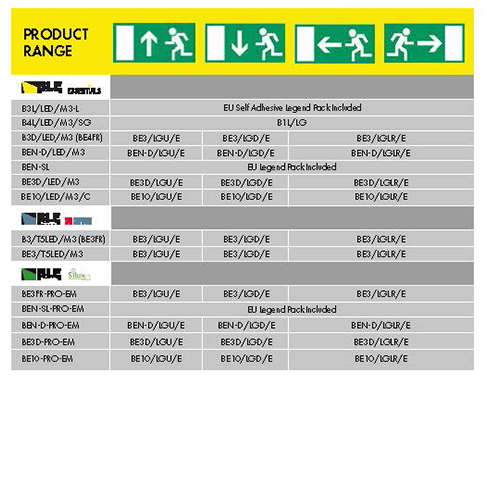 Research has identified that the key requirements for an acceptable safety sign are:-

• Conspicuity: The capacity of a sign to stand out or be distinguishable from its surroundings and thus be readily discovered by the eye. It is the noticeable contrast between a sign and its background, attributed to an exogenous (unplanned) or andogenous (planned) mind-set, with the display having features that attract attention to the sign. Conspicuity is considered a subjective outcome.

• Visibility: The physical attributes of a sign and its contents that allow for detection at a given distance, although legibility may be uncertain. Visibility is considered an objective stimulus.

• Legibility: The physical attributes of a sign that allow for differentiation of its letters, words, numbers, or graphics and that directly relate to an observer’s visual acuity. Legibility is considered an objective stimulus.

• Understandability: That which enables the observer to correctly perceive the information content of letters, numbers or symbols grouped together, or other meaningful relationships on the sign. Understandability is the character of a sign that leads to comprehension of its intended message, and depends on legibility and other considerations of contents and time restraints. It is considered a subjective outcome.

To discuss your specific requirements, please speak with a member of our sales department 01246 432325 or email us. 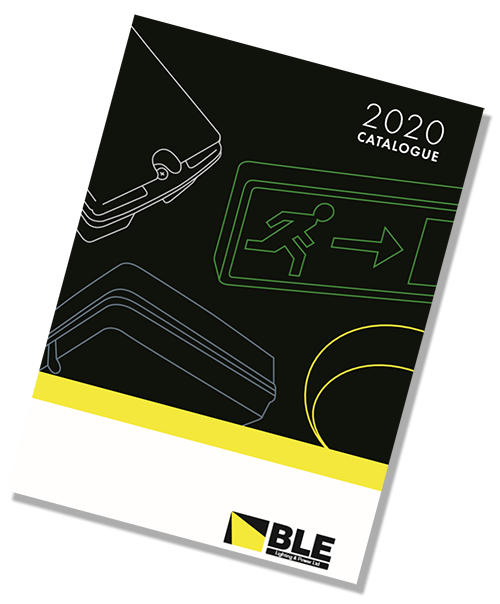